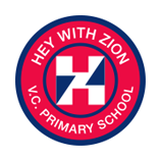 Our chair of governors is Malcolm Milwain. He has been with Hey with Zion since 2007. The school was then at a low ebb, and since then Malcolm has overseen the transition towards it becoming a school with a strong reputation for being one of the top attaining schools in the area. In the most recent (2019) data Hey with Zion was in the top 20% of schools nationally for outcomes in English and Maths at Key Stage Two, and in the top 2% of its family of schools database for the outcomes of its disadvantaged children.Malcolm is a keen advocate of the importance of a strong ethos as the correct foundation for academic achievement and was proud to see that recognised in the Education Parliamentary Review (2019) which said, in its article on the school as a best practice representative, “There is a direct link between the Christian vision and the consistently improving, remarkably high standards achieved.”Malcolm is a foundation governor from Zion Methodist Church, a governor at another local school and a former Ofsted lay inspector.

Our L.A. Governor, vice chair of the board and chair of two of our committees is Kate Sanderson. A former secondary school headteacher, Kate is also chair of other schools’ governing bodies, and Executive Director of education consultancy, Diversity Education. Kate has provided much support and challenge to support the school towards its curricular awards in English, Science and Geography and is a keen advocate of inclusivity. She gave the school considerable support towards its 2020 Inclusion Quality Mark and 2022 Reading Quality Mark.Our Chair of the Finance, Premises and Staffing Committee is Tammy Faulkner. Tammy has been a governor with the school since 2019 and was elected chair of the committee in 2021. She has supported and overseen the running of a very strong budget and a stable, motivated staff. A Hey with Zion parent herself, she has a parent’s perspective on the school to align with her professional skills working as a Finance Manager for Rochdale MBC.

We use necessary cookies to make our site work. We'd also like to set optional analytics cookies to help us improve it. We won't set optional cookies unless you enable them. Using this tool will set a cookie on your device to remember your preferences.

Necessary cookies enable core functionality such as security, network management, and accessibility. You may disable these by changing your browser settings, but this may affect how the website functions.